I use listening to explore the web of connections that challenge and sustain us. Sound bends around obstacles and leaks through borders, complicating visual binaries like interior & exterior. I build “expanded” field recording devices to listen to objects and underwater environments, revealing hidden interiors like a doctor’s stethoscope probing the systems of the body. This act of “auscultation” helps me to consider my relationship to the more-than-human as I stretch my ears to practice other ways of listening, communicating, and inhabiting the world. By extending the reach of the audible, perhaps we can appreciate the enormous complexities of other lives more generally, encouraging a more empathetic relationship toward each other and our environment.

Zach Poff is a New York area media artist, educator, and maker-of-things. His artwork is rooted in open systems that eschew individual authorship in favor of collaborative or generative models. His recent work employs unique sound tools to explore social and ecological relationships (Pond Station, Sferics). His algorithmic remixes of popular media uncover hidden subtexts lurking inside familiar forms (Radio Silence, Video Silence). He considers his art-making, teaching, and software development to be contributions toward a culture of sharing & empathy, in direct opposition to commercial media’s cult of the individual.

In 2015 he received a commission from Wave Farm Transmission Arts in Acra NY, to create Pond Station, a long-term outdoor sculpture that live-streams the underwater sounds of a pond to explore aural connections to the more-than-human.

In the early 2000’s he was a member of MAP Intermedia, a group that combined dance, video and sound work in a collaborative environment that challenged the traditions of authorship within the performing arts. 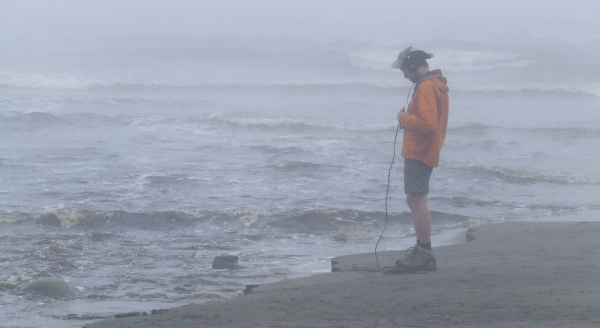