Appropriate Response is a generative audio installation that creates a dynamic conversation between three television sets. It is a collaboration with N.B. Aldrich created during a residency at ISEA 2008 in Singapore.

Using sound clips harvested from local broadcasts, the televisions act as individuals engaged in an ongoing topical debate. Each individual shares a basic set of procedural rules and a ‘cultural database’ of clips from which to derive responses. They also develop ‘personalities’ to guide specific choices. Evolving over the course of the exhibition, new sound clips are gathered and old ones ‘forgotten’. 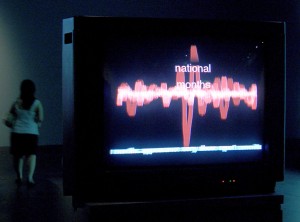 This artwork comments on the cut-and-paste ethic, derived from new media, that has arisen in contemporary culture. It often seems a “logic of selection” (Lev Manovich) is employed in which the juxtaposition of existing information fragments has become an accepted form of constructing an argument, without the need for synthesis or a cumulative rationale.

In Singapore, the installation monitored the nightly news from TV Channel 5 (MediaCorp) to create its database of audio clips. Every night it automatically extracted several clips from the newscast and tagged them via speech-recognition. The next day, the television individuals could use the new clips as they searched the cultural database for relevant responses to eachother’s speech. Their conversation reflected current events such as the build-up to the Beijing Olympics, a political scandal in nearby Malaysia, or the shooting of a South Korean tourist. 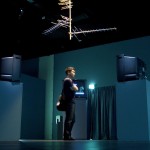 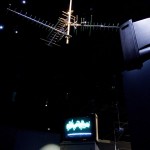 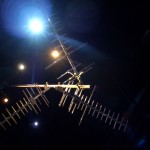 5 minutes of the conversation in Singapore, without any edits or post-production.