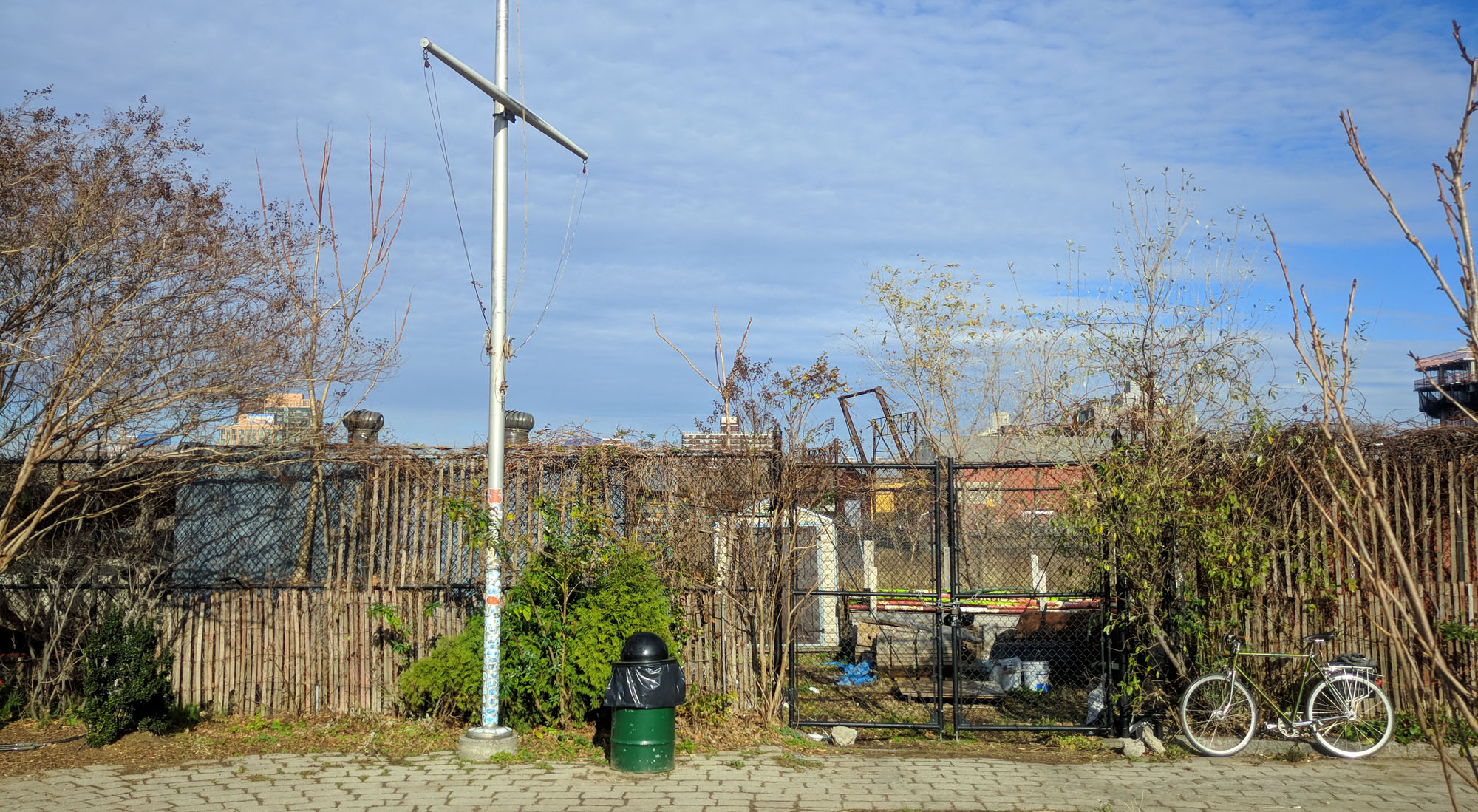 A flagpole is a wonderfully hybrid object that seems to connect two worlds. Firmly planted in the earth, it lifts its payload toward the heavens, but keeps it suspended in the perpetual tension of half flight. It offers comfort to creatures of the air and sometimes proves an irresistible perch for eccentric humans, like the ancient poles of the “pillar saints”.

As a semi-permanent feature of the built environment, a flagpole will easily outlast the message it was first intended to carry. In 2006 a “Wall of Flags” was erected across from the American embassy in Cuba to block the view of anti-regime messages displayed on scrolling LED sings in the embassy windows. Later, when relations improved, the Americans removed the signs and the Cubans removed the flags, but 138 rusting flagpoles remain. The empty poles seem like a minimalist sculpture; a monument to the greater-than-human scale of geopolitics and the permanent detritus it leaves behind. I wonder how different it sounds now that the flapping of fabric is replaced by the whistling of wind over the steel spires?

Socrates Sculpture Park is an outdoor sculpture park in Queens, NY, constructed atop an abandoned landfill on the edge of the East River. It sits at the intersection of water and earth, literally built upon layers of buried history. Socrates is also situated between two jurisdictions: owned by the NYC Parks Department but run by a non-profit established by Mark di Suvero in 1986. Every park in New York City flies three flags on a yardarm (ever since a controversial decision in 1997) which explains how this anomalous sculptural object came to be in the midst of an outdoor art museum. Several artists have explored the intersection between the flagpole and the park (Ivan Argote’s One Way, Andréa Stanislav’s Ghost Siege, Douglas Ross’s Vitrine.) 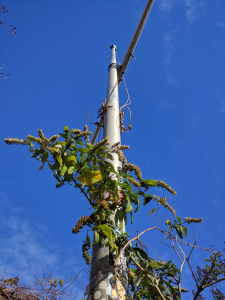 When I listen to the vibrations of Socrates flagpole with a contact microphone I can hear elements of the earth, the terrestrial world, and the air above. I have explored the site with my ears focused toward the collision of human and non-human voices; the intentional and unintentional sonic composition of everyday life.

The footsteps of pedestrians are conducted through the ground. The din of traffic and nearby voices are collected together to form a filtered drone, interrupted by the percussion of internal cables and birds as the pole reacts to the wind above. In this listening moment the layered strata of the whole city are compressed into a single, comprehensible object.

This recording is part of my ongoing practice of “auscultation”: listening to the vibrations of objects and underwater environments, revealing hidden interiors like a doctor’s stethoscope probing the systems of the body. This helps me to consider my relationship to the more-than-human as I stretch my ears to practice other ways of listening, communicating, and inhabiting the world. See my other recordings and writings related to auscultation.