Witnesses is an installation where circuit-bent Buddhist chant-boxes create a dense sound composition in response to television images.

Chant-boxes (variously called a “chanting player”, “buddha box”, or “buddhist jukebox”) are usually given away in Chinese temples to assist in meditation. Short musical phrases are encoded on a microchip and played continuously when the player is turned on. Some have a track-switch button (like an old 8-track player) and some have only a volume knob. I’ve been experimenting with them since 2008. 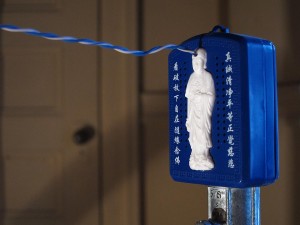 This installation debuted at Sequence of Waves in 2011. I modified 10 chant-boxes so their pitches can be controlled by light sensors attached to a surveillance monitor. When the installation is switched on, the chant-boxes begin playing the first of several tracks. Their chanting loops begin in sync, but since each sensor is watching a different part of the video image, each plays at a different speed. The loops wander off in their own directions, like a lo-fi descendant of Steve Reich’s tape music.

The TV monitor switches between video sources every 20 seconds. (At Sequence of Waves, the video sources were two live cameras, broadcast TV, and an animated title card.) Each time a new source is displayed, a signal is sent to the chant-boxes to play the next track. So every 20 seconds the group re-synchronizes, playing a new chant in unison for a moment before wandering off again. 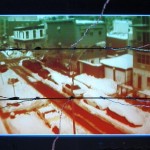 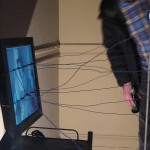 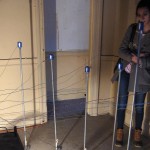 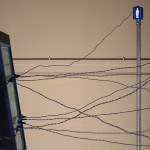 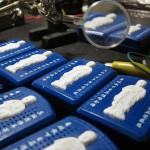 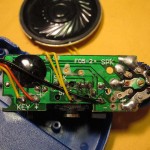 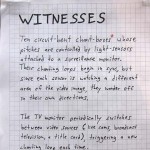