This is my step-by-step guide to DIY contact microphones (with some commercial options thrown in at the end). There are many other ways to do it, but my goals with this method are simplicity and durability. 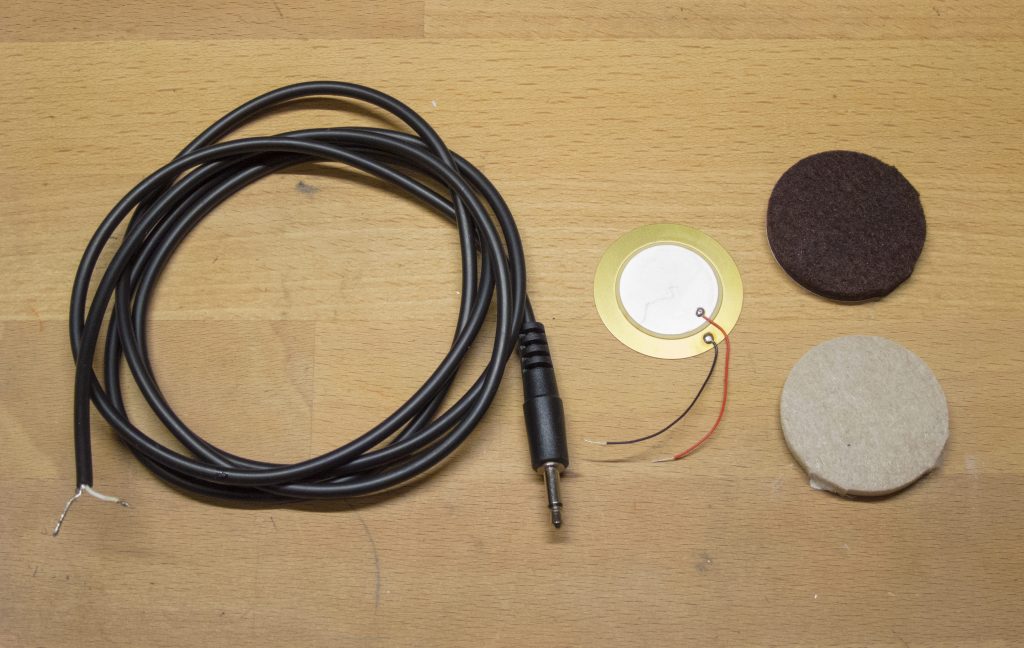 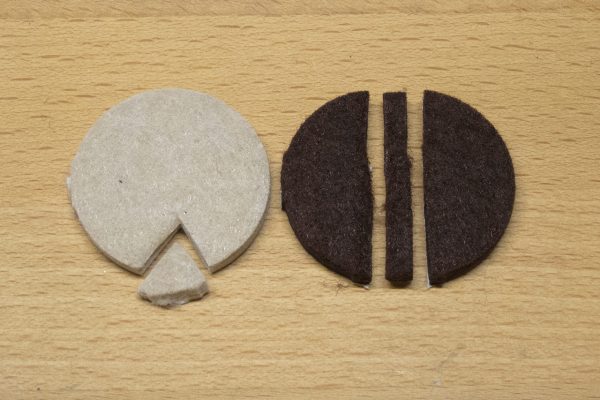 Cut a little pizza slice from one disc (and save it for later). Remove a narrow canyon from the other (no need to save). 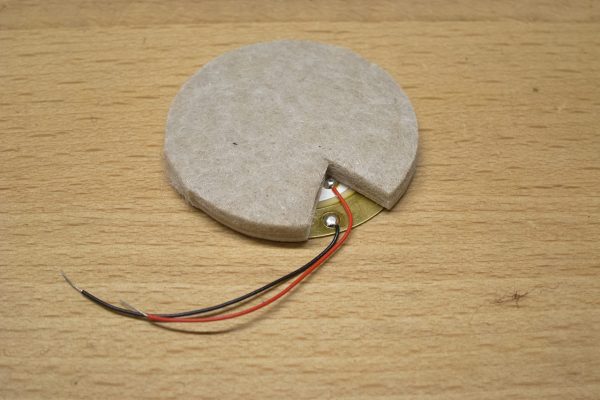 Stick the pizza to the piezo disc. The missing slice should reveal the solder points and allow the wires to escape. 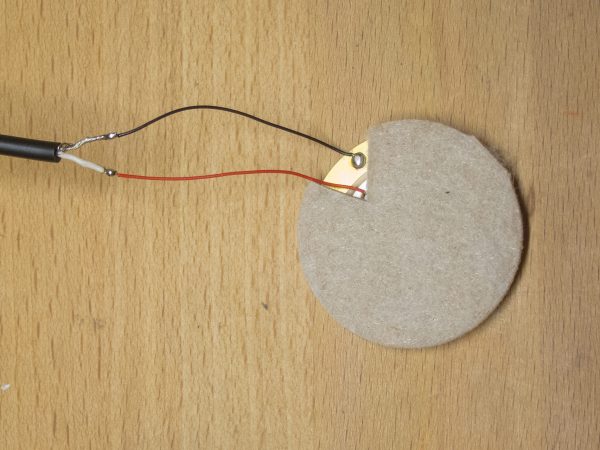 Pro Tip: You may want to hot-glue the cable on top first (see the next step). That will keep things from moving around while you solder. 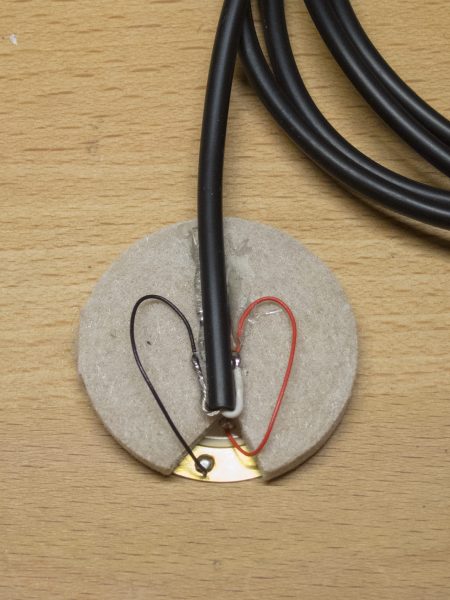 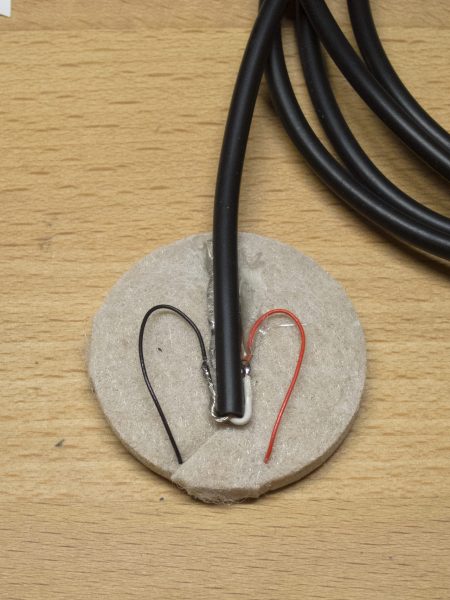 Hot-glue the cable to the top of the pizza.
Groom the wires so they run along the cable, and return the missing slice. (It helps keep the wires from accidentally touching.)

Stick the canyon on top of the pizza, so the cable runs down the middle of the canyon. 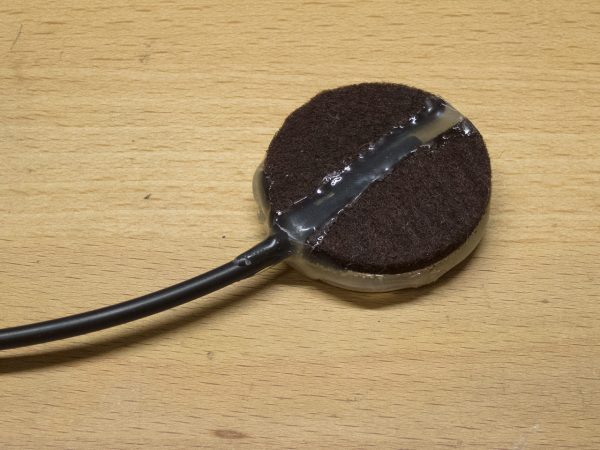 Fill the canyon with hot glue. It’s a good idea to seal the edges and build up some glue around the cable exit as a strain-relief. 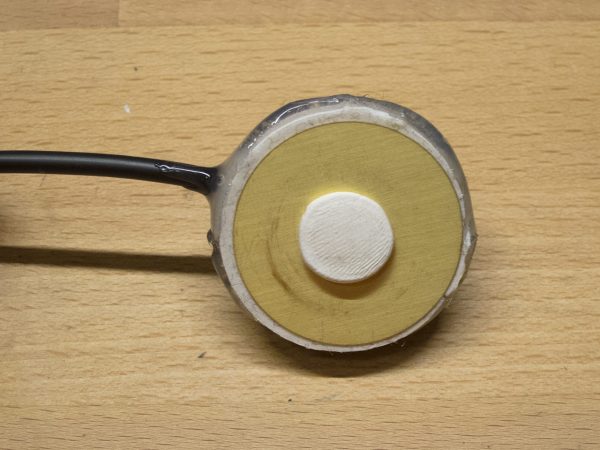 Use a little dot of reusable poster adhesive to stick the mic onto things. (The exposed brass side should always touch the object.)

There are other methods of attaching the mic (clamps, heavy rocks, magnets). The general rule of thumb is more pressure = more loudness & bass. 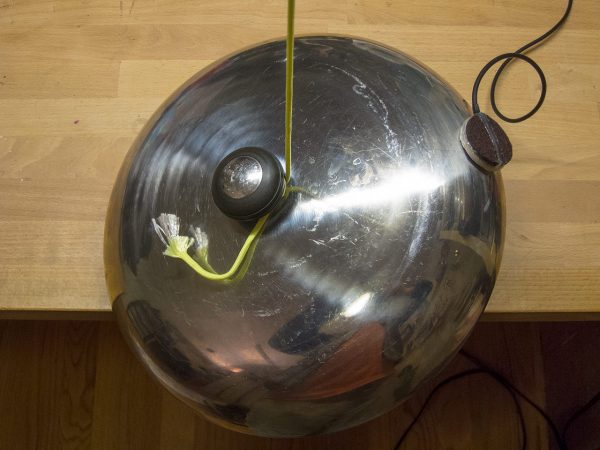 Here’s a little improvisation exploring the many voices of the humble pot lid:

You Should Use A Preamp!

Contact mics have extremely high electrical impedance, which is not well-matched to the mic inputs on recorders and mixers. You’ll get OK signal levels but very little bass, and an exaggerated “screechy” treble. The solution is to add a buffer preamplifier between the mic and the recorder. The difference will be dramatic. I promise!

“Alex Rice” Preamplifier
A DIY balanced 48v phantom powered circuit. (It requires that the piezo be wired in a balanced configuration with a foil tape shield, which may be hard for certain types of sensor.)

Tillman FET Preamp Cable
This design was intended for guitars (and the FET is out of production) but it’s a good intro to simple FET unbalanced buffers.

Aquarian Audio
USA Hydrophone manufacturer with several preamps that work great with contact mics. The PA1 is less expensive and can be powered by the low-voltage “plug-in power” from small recorders. The PA-4 is more configurable (battery or phantom, balanced or unbalanced out …) but costs more.

Stompville
UK shop that sells an improved version of the Alex Rice preamp above, and an unbalanced version too. This is a reliable, inexpensive option. (See the related blog posts for a discussion of how the circuit has been upgraded.)

These simple mics have a very high output, but they possess a resonant mid-range “honk” that tends to color all of your recordings. The felt discs will damp some of this natural resonance, but it’s still there. Ways to reduce the honk:

The recording above is a comparison of three mics clamped to a piece of metal as I draw circles with a pencil on the surface:

Your contact mic will probably pick up stray electromagnetic fields. To prevent it, insulate the top ceramic of your piezo disc with electrical tape. Then add a layer of copper foil tape on top, making sure that the foil touches the brass outer ring. (Solder the foil to the brass in a few places.) This will trap the ghosts before they get into your signal.

Dip the finished mic in Plasti-Dip (or similar liquid rubber coating) to waterproof it. The soft  rubber has less effect on the frequency response than I expected, but it will reduce the treble. (It probably won’t make a good hydrophone. You need slightly different construction for efficient underwater recording.)

Interested in recording bridges, buses, or light poles? Embed a strong magnet inside the mic so it sticks to ferrous surfaces without clamps.

The cheap piezo “benders” that I specify are the defacto standard for DIY contact mics, but other options are also worth pursuing: 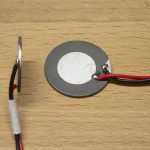 Thick PZT discs from ultrasonic humidifiers / misters (AKA nebulizer)
Not as sensitive, but no resonance to speak of. They’re cheap too, and come with leads attached so you won’t hurt them during soldering. I highly recommend them. 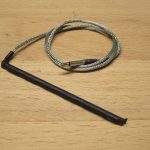 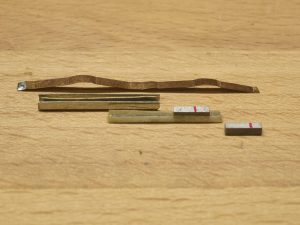 Piezo “Bridge Pickups” for Guitar
Good inexpensive “turn-key” option, although difficult to mount since they’re so skinny. Inside you’ll find one piezo wafer for each string, mounted in a shielded channel. I tried to shorten mine by removing wafers, but it’s easier to buy a smaller one (for a uke or violin?). 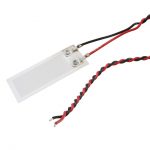 Thin PZT film
They are flexible and non-resonant, but have very low output. Avoid for all but the loudest sources! 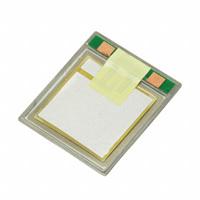 Piezo Speaker (PUI APS2714S-R)
I was hoping that these small multi-layered piezo speakers would make convenient contact mics. They’re non-resonant and come with an adhesive back so they’re easy to stick to things. Unfortunately the output is way too low to be useful.

Don’t want to build your own? Here are ones you can buy (in approximate order from Hi-Fi to Low-Fi) 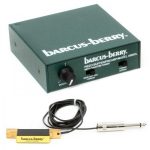 Barcus Berry Planer Wave Transducer ($350)
Expensive but sounds way better than the simple piezo benders. You can buy it with a preamp (4000 system) or just the pickup (4000PI) to plug into your own preamp. After spending the money I don’t think it’s a huge improvement over a thick PZT humidifier disc for most sources, and the shape makes it somewhat difficult to mount. 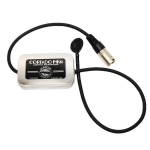 Cortado Buffered Contact Mic (Kit: $30, prebuilt $60 and up)
Zeppelin Design Labs sells this contact mic with inline phantom-powered preamp (based on the Alex Rice design above). It’s affordable and sounds great! The piezo is relatively exposed and has no physical methods to reduce resonance, but you can do that yourself. 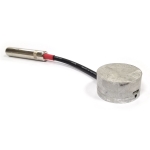 Metal Marshmallow ($85)
Michael Krzyzaniak’s clever design seems remarkably balanced and low-noise, with a built-in preamp and none of the midrange “honk” that most contact mics on this list possess. Powering is awkward: Battery life is very long but there is no power switch so the onboard rechargeable battery will drain between uses. You’ll need to carry a USB power bank to charge it. 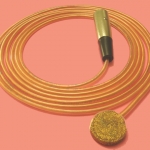 Cold Gold ($42 and up)
A small Canadian manufacturer of contact mics, hydrophones, and other fun transducers. The contact mics are similar to the DIY method described above but the “buffered” options include a phantom-powered preamp. 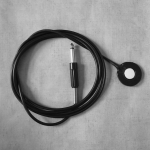 Jez Riley French (“JrF”) (35 GBP and up)
A respected UK field-recordist and sound artist who also makes contact mics and hydrophones. Similar to the DIY method described above, but sealed and rugged. (Jez tries to keep mics in stock, but it’s a side-project, so there can be delays.) 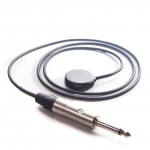 Monkey Sound ($48 and up)
Alejandro Garcia, a  Spanish maker of hydrophones and contact mics. Similar to the DIY method described above, but sealed and rugged. 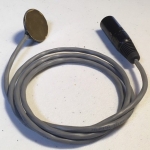 Crank Sturgeon ($26 and up)
Lots of oddball transducers from a veteran of the Northeast USA noise scene. The contact mics are similar to the DIY method described above.

Drum triggers or Piezo Pickups for acoustic instruments
These are available cheaply on Amazon and eBay. They are just piezo discs like the DIY method above, soldered to short cables with a female 1/4″ jack. They are often fragile and not well-shielded, but they get the job done in a pinch.