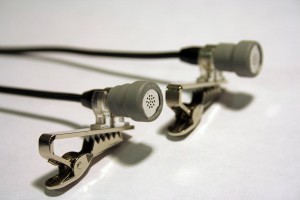 In recent years, affordable sound recorders with 3.5mm mic jacks have proliferated. They supply low-voltage “plug-in power” to condenser mics, rather than the 48 volt phantom power that one would expect of a portable mixer with XLR inputs. I have a Sound Devices MixPre and low-noise mics, but I prefer a smaller recorder when I’m traveling light. However, the plug-in power mics from all major manufacturers are too noisy for recording quiet sources... until now?

Over the years I’ve experimented with Panasonic WM-61a capsules to make cheap binaural mics. They are great for urban soundscapes but way too hissy for recording quiet sounds. The Linkwitz mod helps a bit, but mostly affects the frequency response and SPL handling, not self-noise.

A few years ago I took the plunge and bought a pair of DSM mics from Sonic Studios (DSM1-medium). I was impressed because they were slightly less noisy than my stock Panasonics, and the high end seemed less pinched and strident. Still, the price difference far surpassed the quality difference (Panasonic pair = $4 USD, DSM pair = $450) and the sales copy seemed like snake-oil to me. Regardless, the DSM mics were my “daily drivers” for a few years.

After joining the micbuilders and naturerecordists listservs, I discovered that Telinga Microphones (Klas Strandberg) had developed a plug-in powered mic called the EMKS-23 with a noise-floor of around 14dbA. (This is much quieter than my previous mics.) The mic is based on the EM23 omni capsule made by Primo (used in the Nakamichi CM-100 / CM-300). I bought a pair last year (about $600 USD after exchanging to Swedish Kronas). The difference was incredible. There was virtually no noise compared to my other mics. The high-end has a peaky response which makes the mic sound strident, but some corrective EQ tames it well. I can’t resist tinkering, so after I made some recordings I opened them up and found no magical electronics, just a capsule and a (well-chosen) FET. I did some research and found that the Primo capsules cost $60 USD each, and the FET (possibly a 2sk170? ) costs a few dollars depending on your source. I guess it’s “what the market will bear” so I’ll just call the expenditure “research”.

In 2010 there was some chatter on the listservs about a (smaller & cheaper) set of low-noise mics from Telinga, as well as a similar system from Mike Rooke at pipmics.com. (Store now closed.) It seemed as though another Primo capsule is at the heart of these new mics: It’s the Primo EM172 (pdf datasheet) and it has a FET already built-in, so it behaves just like the trusty old Panasonic WM-61a (except not noisy!) Mike has a fantastic blog featuring extensive mic-building experiments with sound clips, explanations, and measurements.

I called Primo and got 10 reasonably-matched capsules for $6 USD each. (They’re not selling these to end-users anymore, see below.) I hacked up some old cables and made a clip-on pair to test. The results are wonderful, very similar to the Telinga EMKS-23 but less strident (and 50x cheaper). I haven’t done a controlled comparison but the noise floor seems similar to the Telingas as well.

With a little tinkering, I think the average DIYer can make plug-in power mics suitable for recording quiet sources. Hooray!

What about 48v Phantom Power?

I only made plug-in-power mics, but there are several ways to attach these capsules to professional recorders with XLR jacks that supply phantom power. Here are two: