I have been testing the Sound Devices MixPre-6 recorder. This page page will collect my impressions, tips, tricks, etc. This is not an in-depth review. They have been done much more comprehensively by others (see my Recorder Recommendations for comprehensive review links.).

This thing sounds awesome. I do some weird recordings with hydrophones and contact mics so I’m often adding a LOT of gain. It’s clean!

4 XLRs with 48v phantom power + a stereo 3.5mm jack that can be set to mic (with 3V “plug-in power”) or line. So you can use unbalanced binaural mics, all the way up to ambisonics (requires firmware 3.0 or higher). Physical inputs can be freely mapped to different faders and tracks.

The MixPre is smaller than the (cheaper) Zoom F4. This causes problems with batteries (see below) but it’s an overall advantage for me, since I usually record in somewhat casual or stealthy situations. A larger recorder might not get included in an outing due to space & weight.

The MixPre buttons and gain knobs are back-lit with adjustable brightness (a big deal when recording at night or in difficult light).

Sound Devices is a serious company with a longstanding reputation in the field-recording and film sound communities.  They update firmware regularly and they listen to user feedback.

It’s tiny and hard to access, especially when the recorder is in a sound bag. It’s so close to the headphone jack that your fingers can’t wrap around the knob to turn it. The smooth surface doesn’t help. This is important because the knob is also a rotary encoder for menu navigation.

Lucky for us, Jonáš Gruska at LOM Records has designed a knob extender that makes the knob larger and easier to grab. You can order from them or download the .STL file to 3D print it yourself.

Sound Devices has an extensive list of powering options for the MixPre series, but none of them fit my use-case exactly.

I’m working on a solution using two flat lithium-ion batteries that will be attached to the top of the recorder, so the footprint remains small and it only gains about 10mm in thickness. I’ll add updates as it develops.

The touch-screen menu system is surprisingly navigable, and it has improved with each firmware version. But, the recorder features are governed by a “basic” / “advanced” dichotomy that I find opaque. For example, if you want the 4 front knobs to act as gain controls (for the iso tracks) instead of faders (for the stereo mix) you need to set some menu options to “Custom”, some to “Advanced” and some to “Basic”. There is nothing in the UI that explains what any of this means, and there are bundles of settings that can’t be unbundled. (For example, in my current setup I can’t turn off the limiters because my “gain mode” is set to basic, which was required to get the front knobs to act like input gains.) Why are those two things linked? Why not have a “knob mode” menu entry where we choose between “input gain” and “mix fader”?

You can tap the meters to switch between simple stereo and ISO metering, but you’ll lose the setting each time you turn off the MixPre. Why not have it return to the previous state when powered up? I put in a feature request so hopefully SD will fix this in a future firmware update. 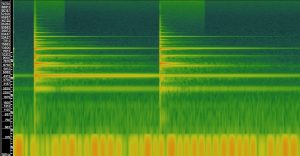 For or over a year after the launch of the MixPre series, users noted a serious problem when recording at high sample-rates on all MixPre recorders: Sometimes bursts of obnoxious ultrasonic noise were injected into the recording! Firmware update 3.0 fixed this issue completely, with no compromise in frequency response.