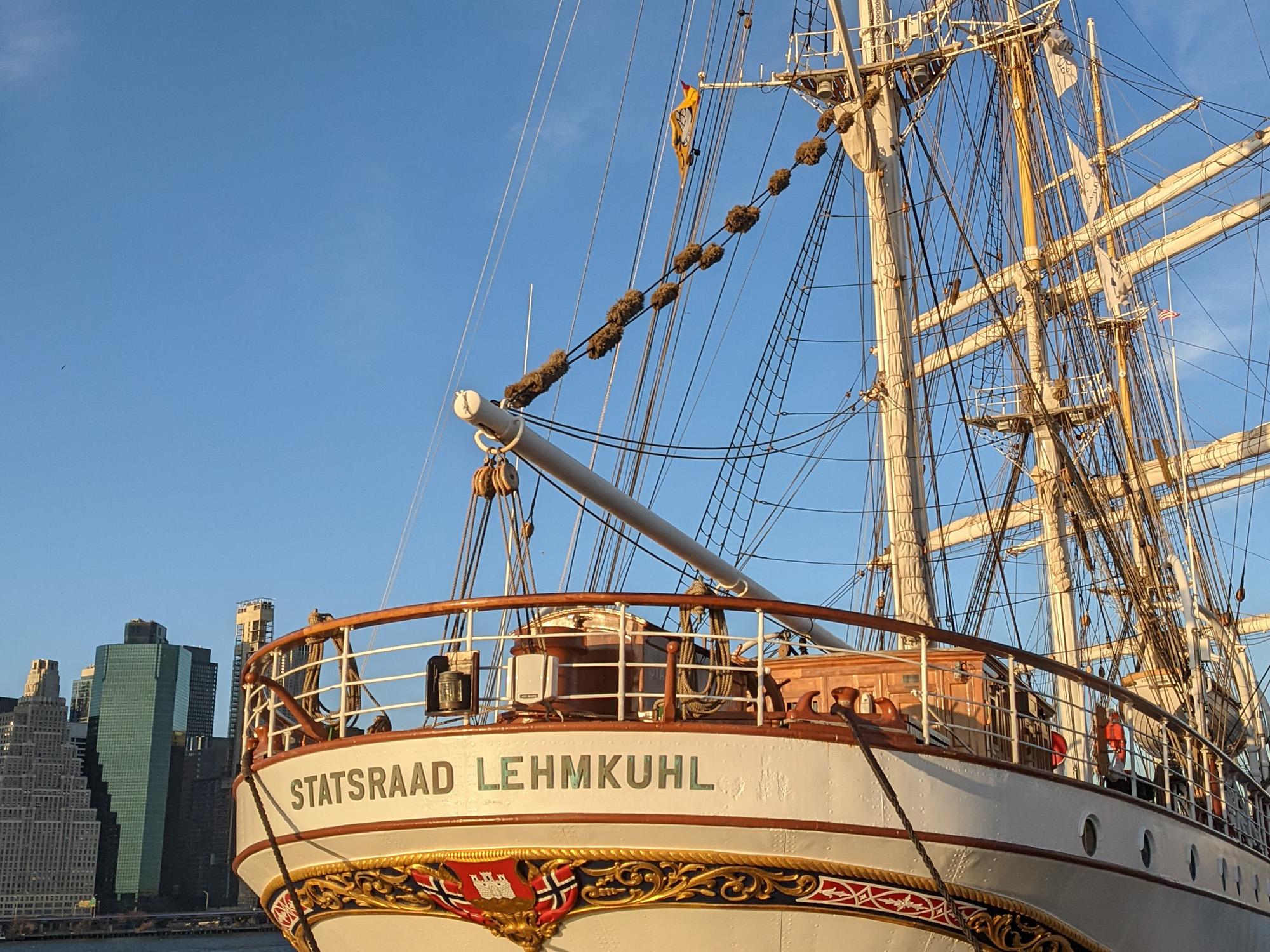 My 2015 radio piece The Sun Dialogs will be presented onboard a research ship docked at Brooklyn Bridge Park. Unfortunately some crew members have contracted COVID so the ship is closed to visitors. I was really looking forward to discussing the sounds of the deep that they’ve been recording with their new hydrophone array!

From the press release:

By invitation of The Norwegian Consulate General in New York, Radio Hopes and Dreams and Wave Farm are pleased to present The Brooklyn Bridge Park special, an artistic public program on the occasion of the visit of the three-masted bark Statsraad Lehmkuhl to New York / Lenapehoking ancestral land.

This 107-year-old sailboat is docking in Brooklyn Bridge Park between December 18, 2021 and January 4, 2022; one of many stops on the One Ocean Expedition. The One Ocean Expedition is part of the United Nations’ Decade of Ocean Science for Sustainable Development. Traveling 55,000 nautical miles to 36 ports worldwide, the ship will continuously collect data on ocean physics, chemistry, and biology throughout its journey and serve as a floating university for crews of scientists and students.

While in New York, Lehmkuhl will be chartered by The Norwegian Institute of Marine Research, who will meet with local scientists and the public. The Brooklyn Bridge Park special program will be a continuous audio program on the vessel as well as an online radio stream available at wavefarm.org/listen during the New York docking December 18 through January 4.